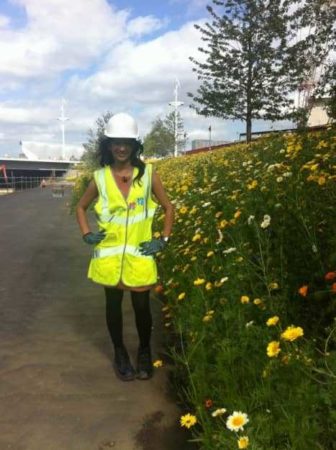 We started filming at Olympic Park while it was being constructed so often had to wear safety clothing over my filming clothes. 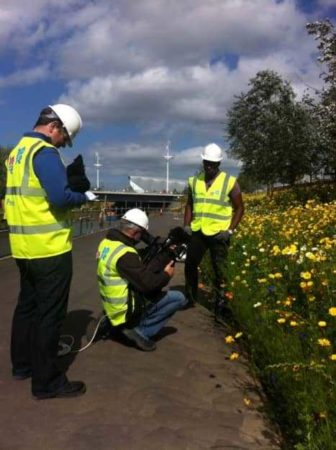 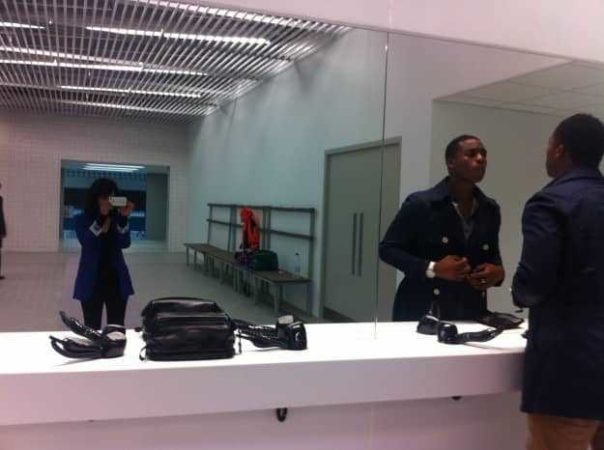 How do I look?

Ore checking his make up in the Aquatics Centre changing rooms 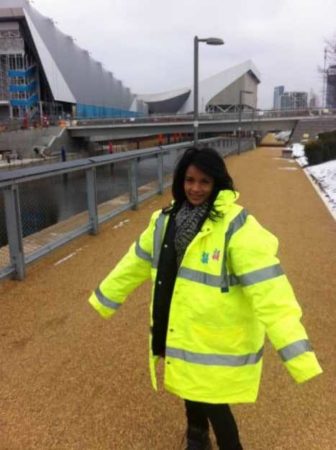 Does my bum look big in this?

The safety gear was near quite the right size for me! 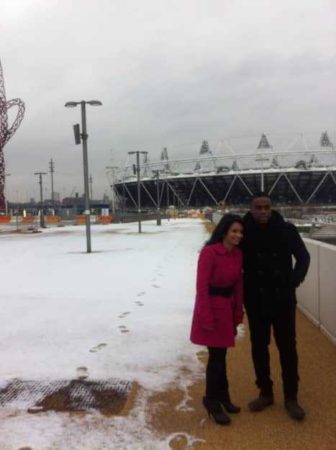 This was a traumatic filming day. It was so cold I couldn't say the word 'swimming' and had to keep doing retakes which only made the problem worse! 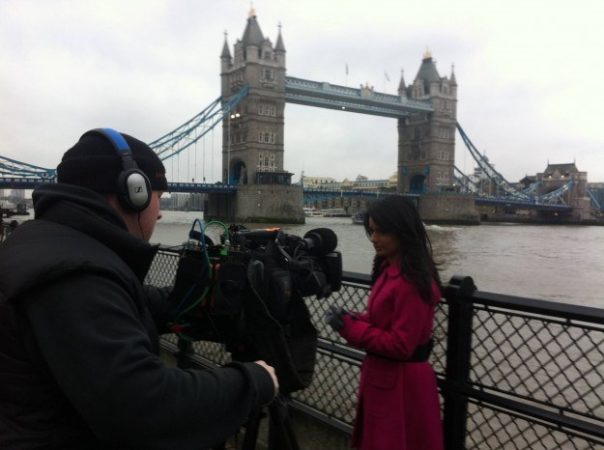 I never get tired of filming near the best looking bridge in London - Tower Bridge. 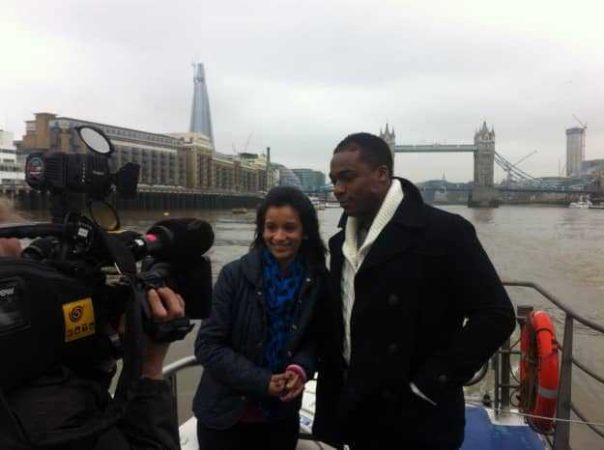 Filming on the Thames

This episode of British Olympic Dreams had a water theme so we filmed all of our links while on a boat. 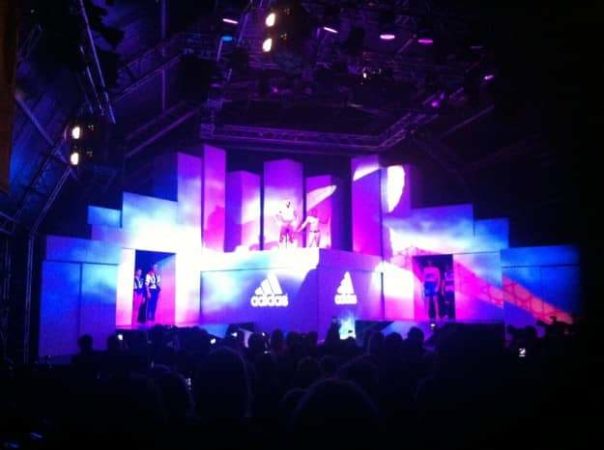 This catwalk was set up inside the Tower of London so Team GB could show off their new Stella McCartney-designed kit. 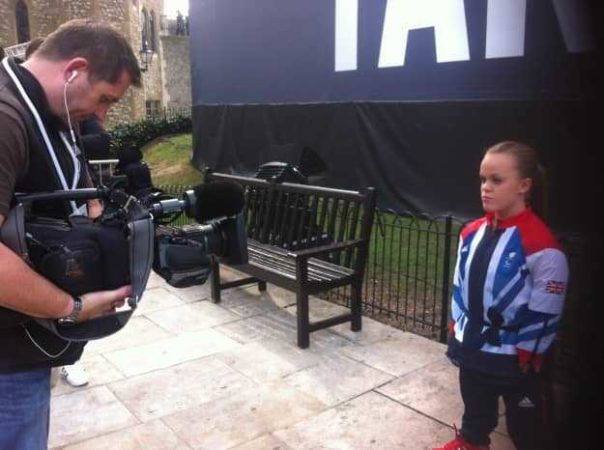 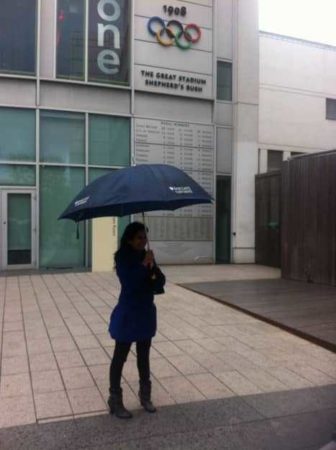 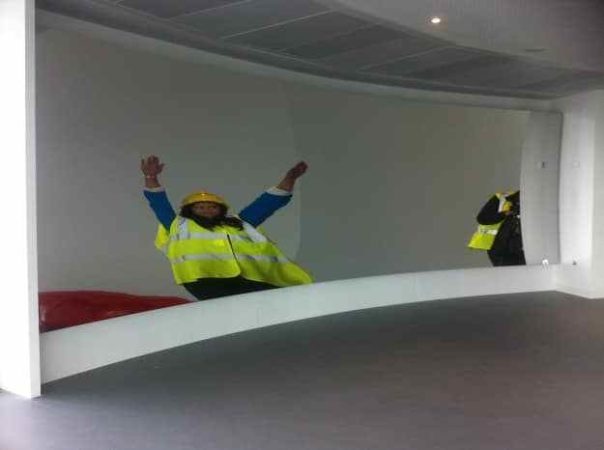 We were invited to film inside the Orbit in Olympic Park before it opened. The viewing gallery has two huge mirrors in it 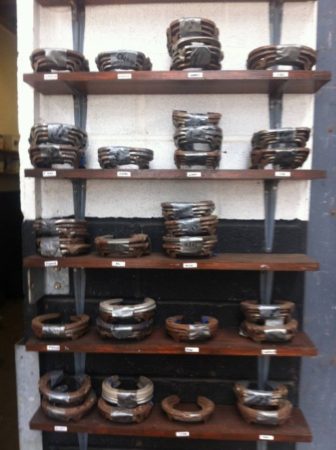 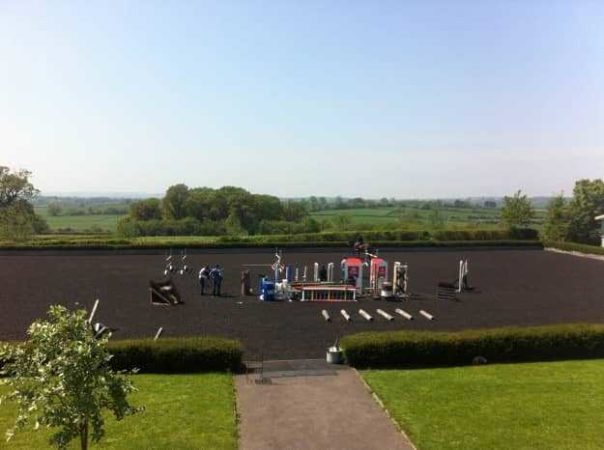 This is the view from three-day eventer William Fox-Pitt's offices - this is where his horses are exercised. 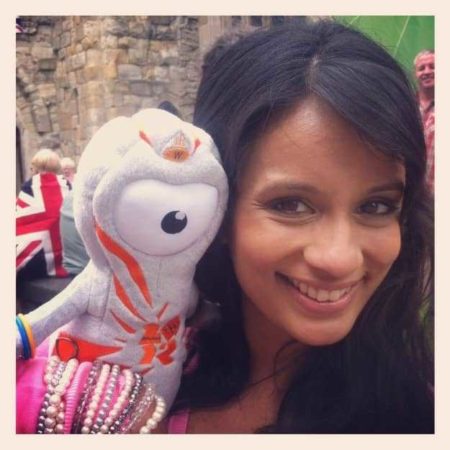 We spent a day filming the Olympic torch passing through the Shropshire town of Much Wenlock. The London 2012 mascot Wenlock was named after the town the first Olympian Games were held. They are regarded as an inspiration for the modern Olympic Games. 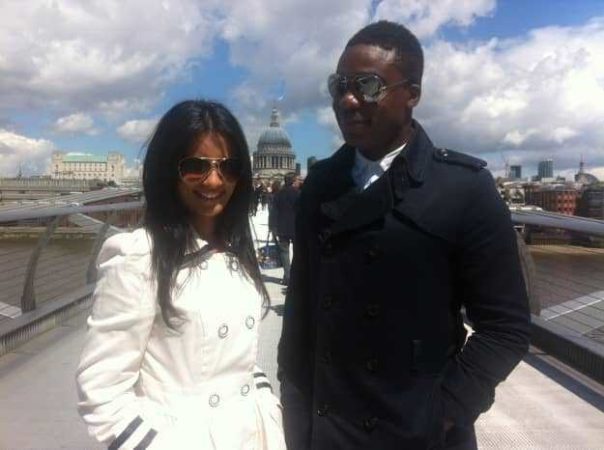 We often filmed at great London landmarks. This photo was taken on Millennium Bridge, which links the Tate Modern and St. Paul's Cathedral 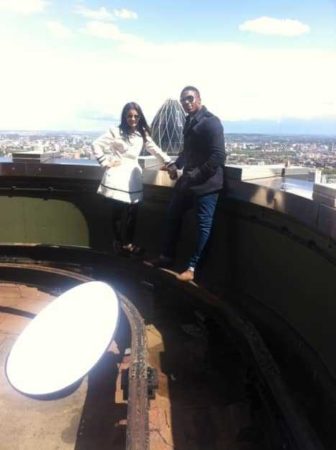 The production team found this rooftop in the City of London which had a great view of the capital's skyline. 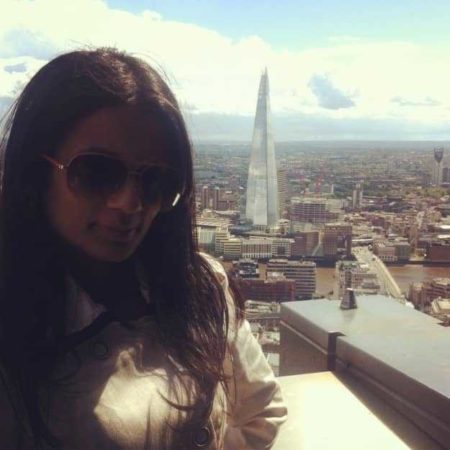 The Shah and the Shard

Everytime we see the Shard, Ore insists we take a photo of me with it. 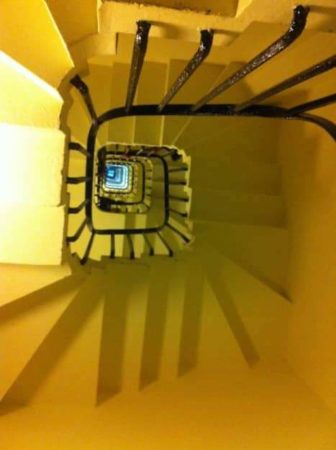 The staircase to Big Ben

There are 334 steps to the Big Ben belfry 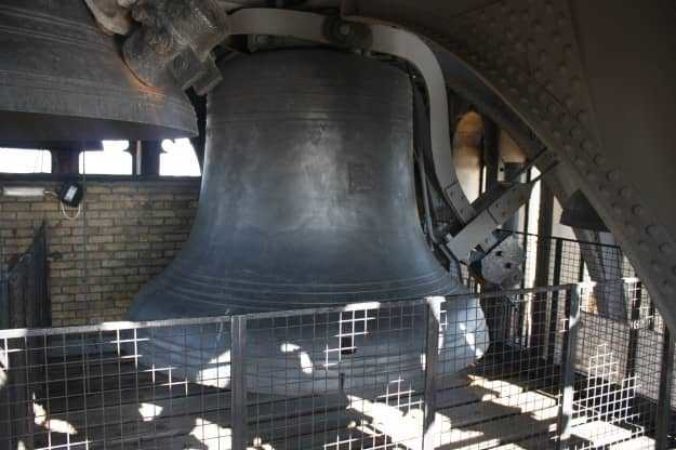 Big Ben is of course the name of the bell, not the Clock Tower, which is now known as the Elisabeth Tower 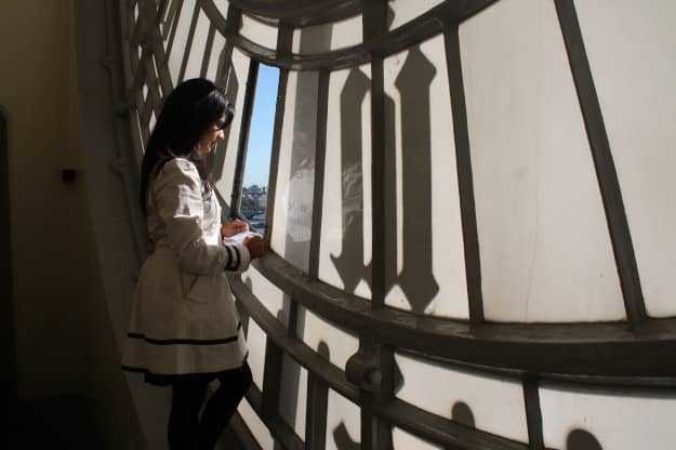 This was a great day of filming. We asked for one of the glass panels of the clock face to be removed so we could film me from the other side of the River Thames 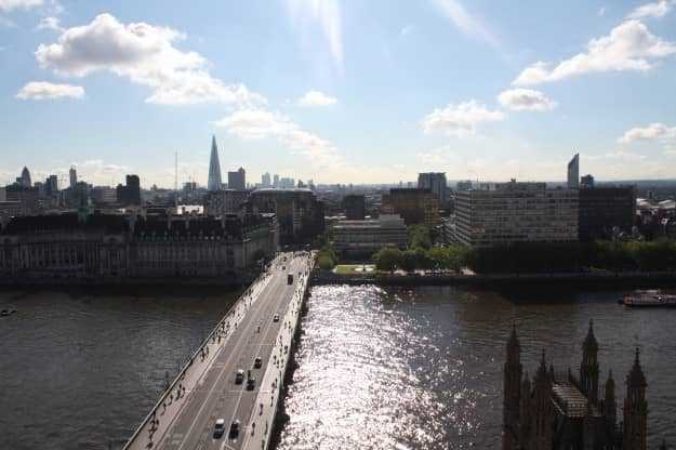 My view from inside the Big Ben clock face

I took this photo while looking out of the clock face 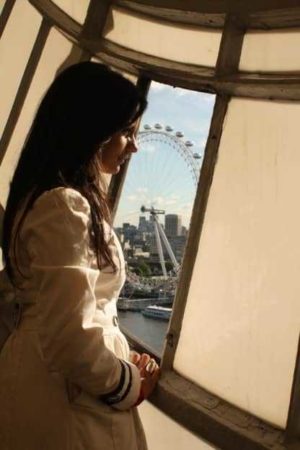 The views from the clock face are spectacular 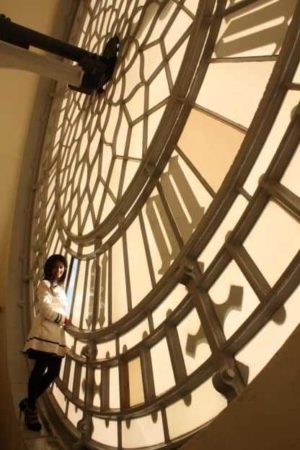 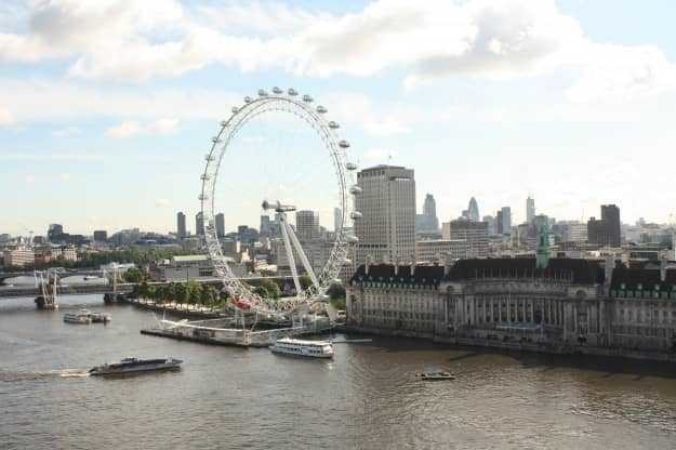 View of the Millenium wheel from the Big Ben clock 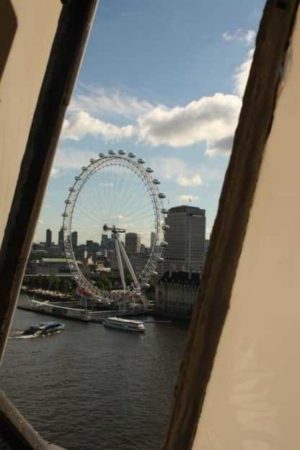 Another view from inside the Big Ben clock face 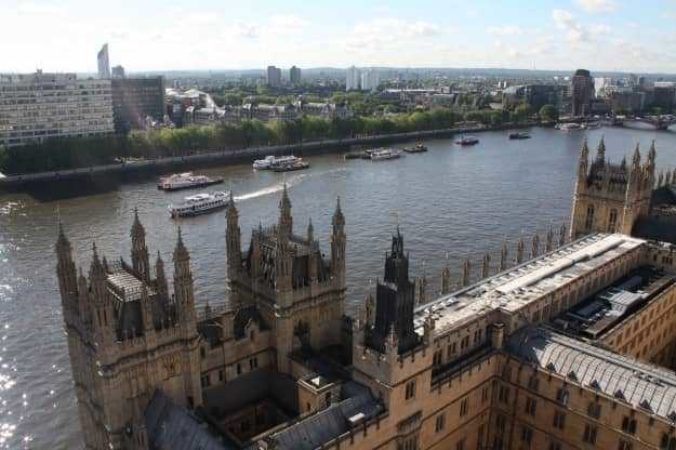 A view of the River Thames from the Big Ben clock