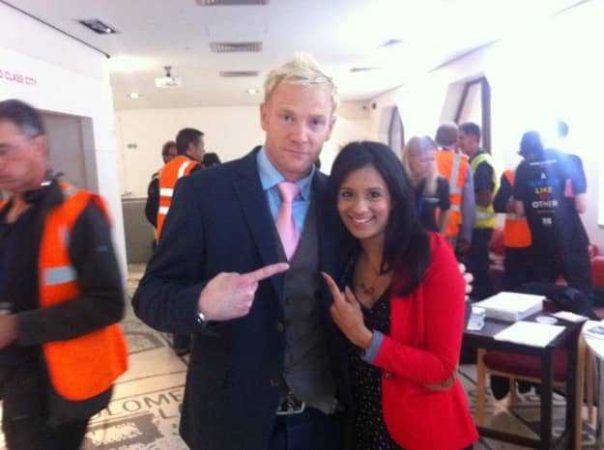 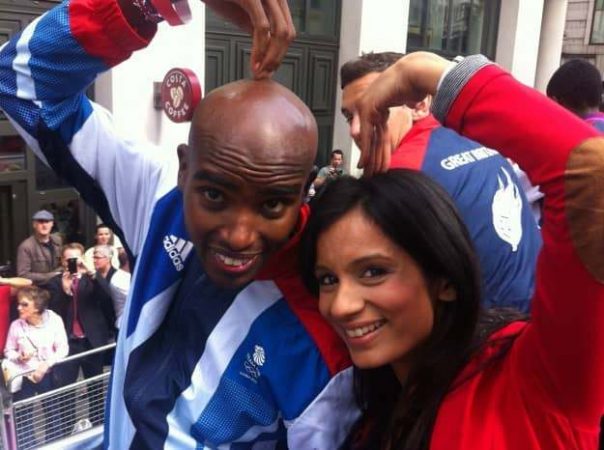 This was our own take on the Mobot 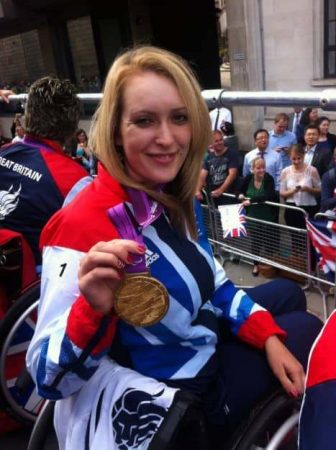 The Paralympic archer showed off her gold medal during the parade 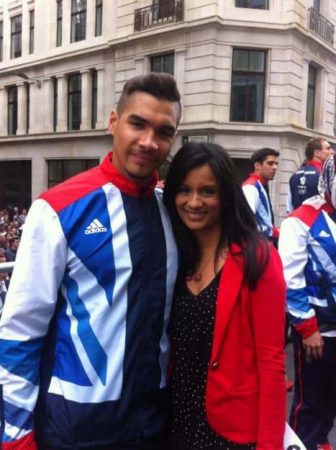 I first met the gymnast in Beijing, where he won a bronze medal. Louis Smith took team bronze and individual silver in London. 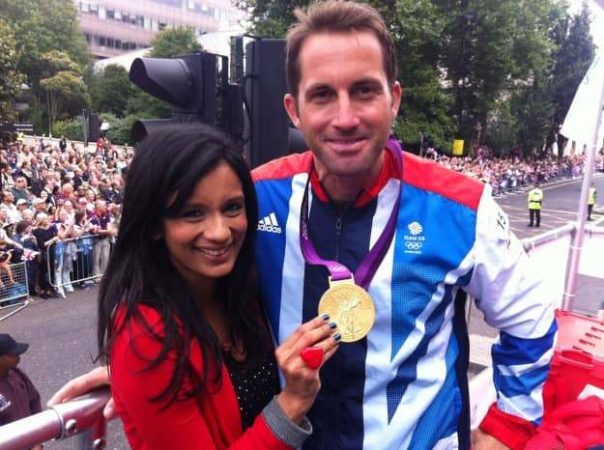 The world's best Olympic sailor said I should wear his medal for this photo - I didn't feel worthy enough for that! 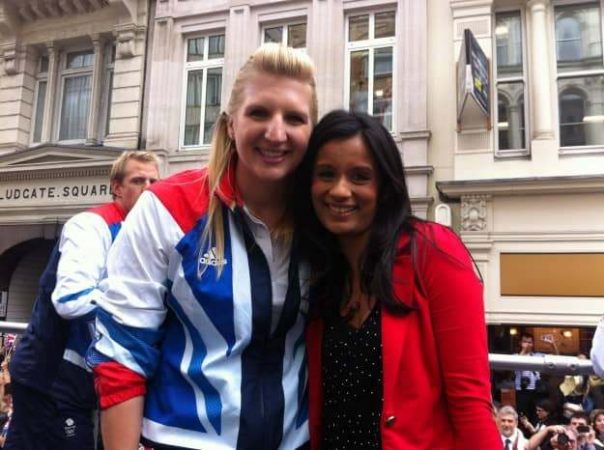 The swimmer was very excited about taking part in the parade 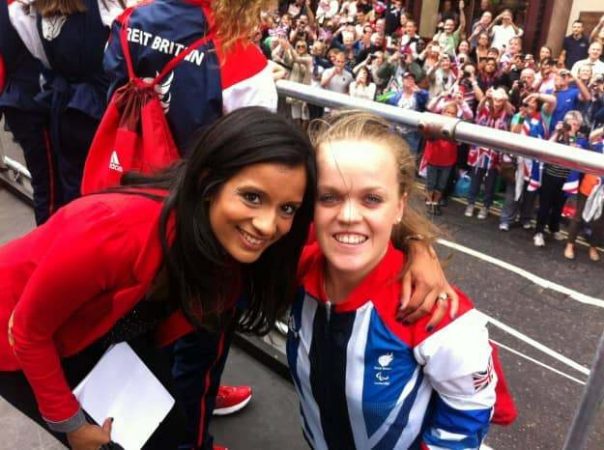 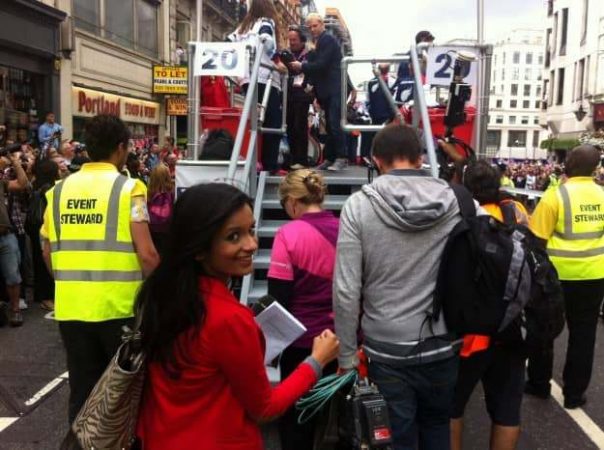 This is us about to board a float - protocol dictated we wait for the other media crew to get off first, so we're waiting for Iwan Thomas and his team to make way for us! 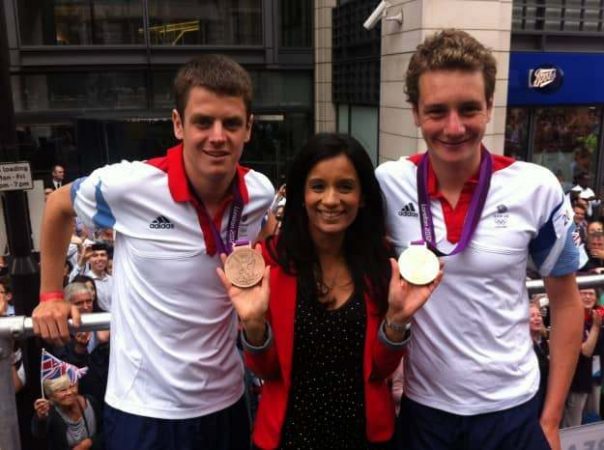 Jonny and Alistair loved all the attention from the crowds 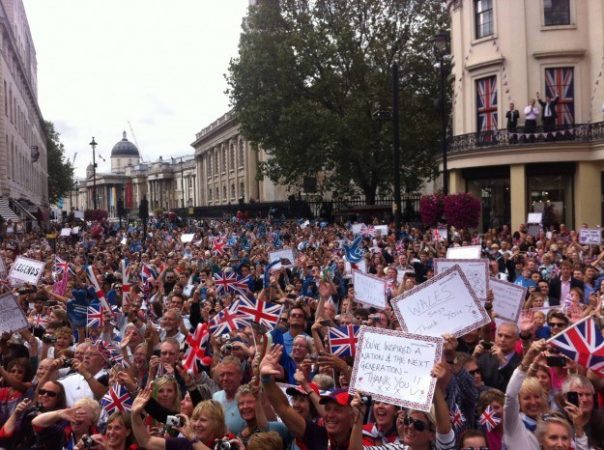 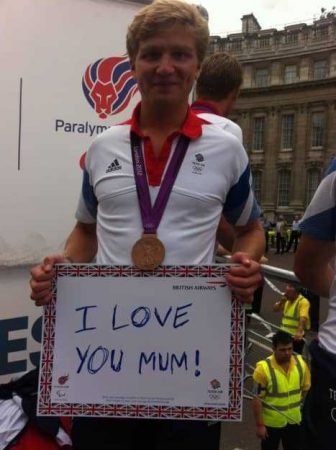 Rower Stan won bronze with the men's eight. His mum, Madeleine, serves as a lady-in-waiting to Princess Anne. 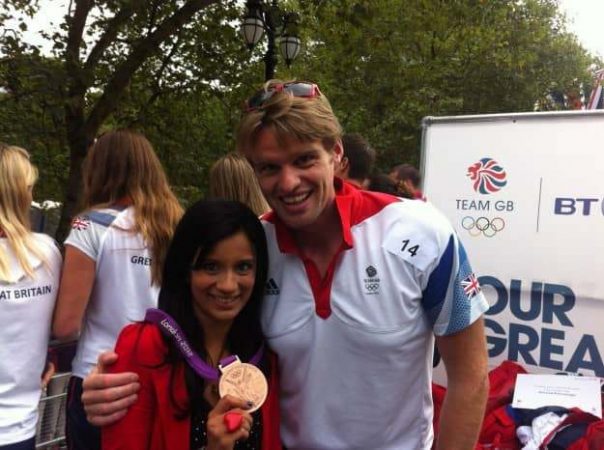 Rower Alan insisted I wear his bronze medal. I lost the battle! 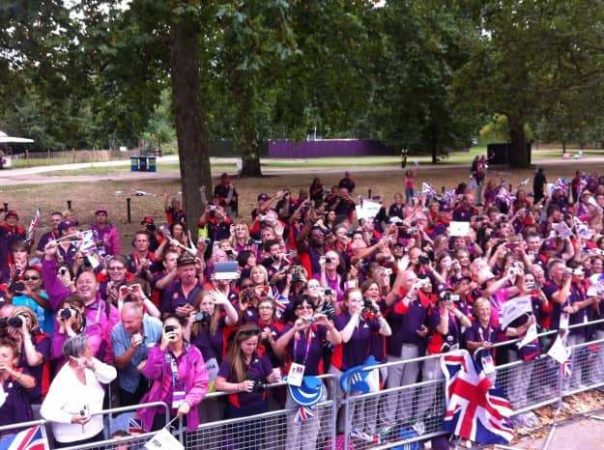 All the athletes were cheering the Games Makers during the parade 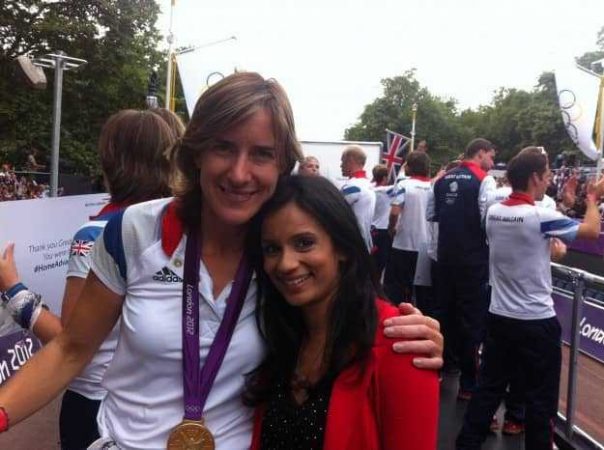 This was the first time I met Olympic champion rower Kath Grainger - a very exciting moment for me! 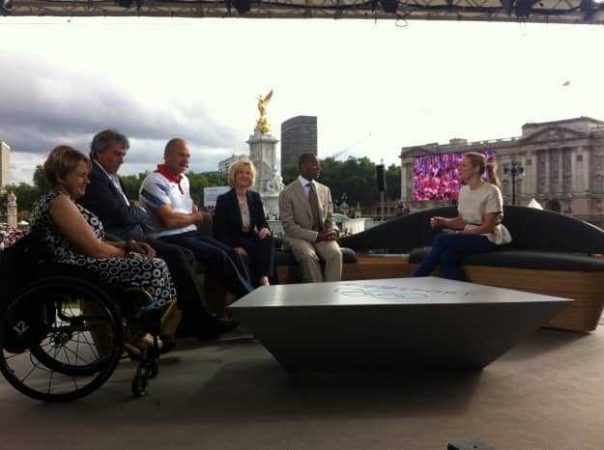