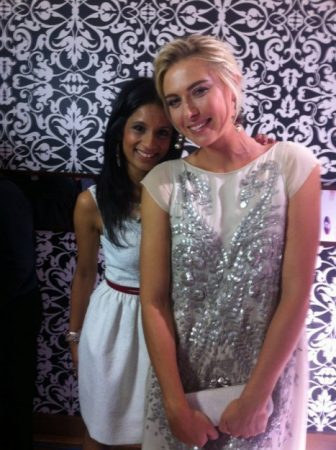 This was taken at the WTA pre-Wimbledon party. Yes, I am standing on a box! 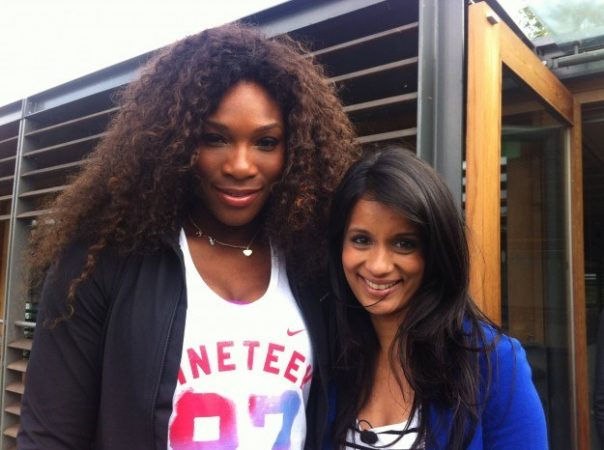 I caught up with Serena at the National Tennis Centre in Wimbledon, where she was spending time with some local schoolgirls. 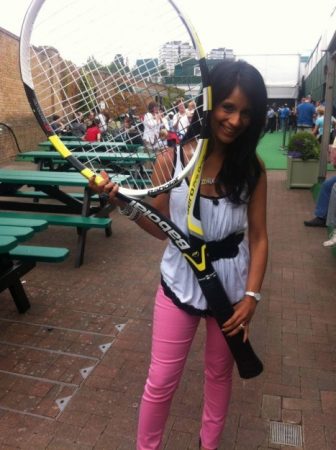 I found this racquet in the interactive area of Wimbledon. 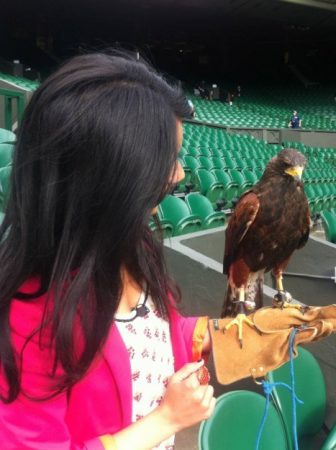 Rufus is used to scare pigeons away from the tennis courts 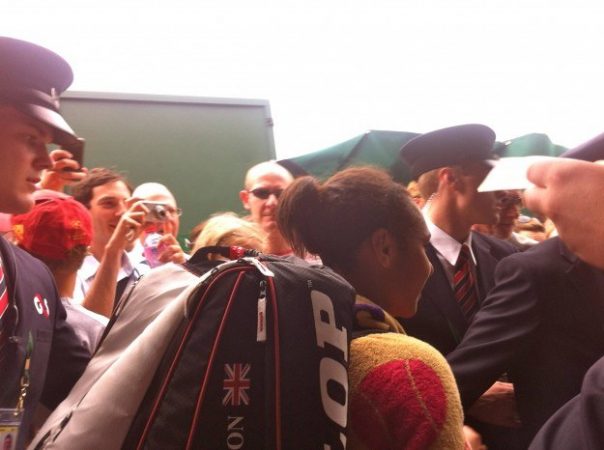 I took this picture as Heather was leaving a court after playing a match - she was mobbed! 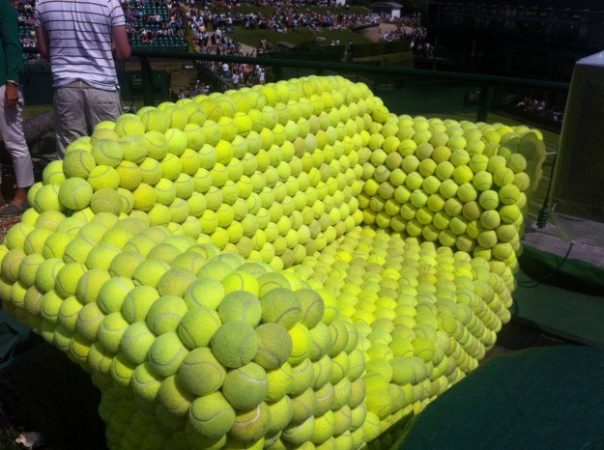 This was the sofa used for the BBC's highlights programme 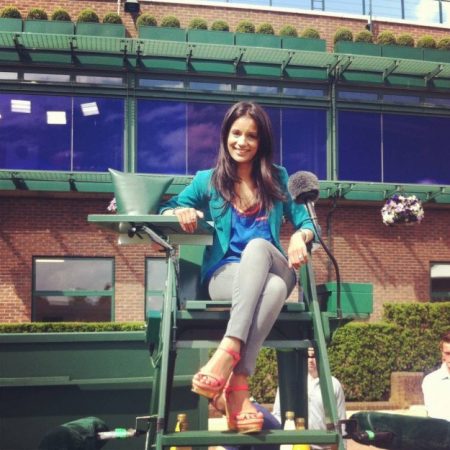 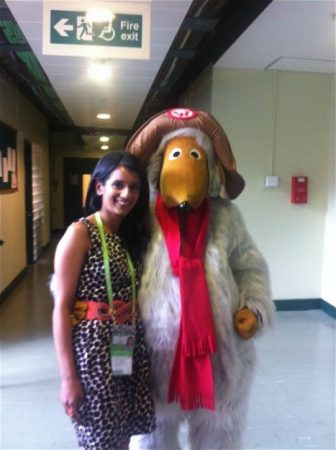 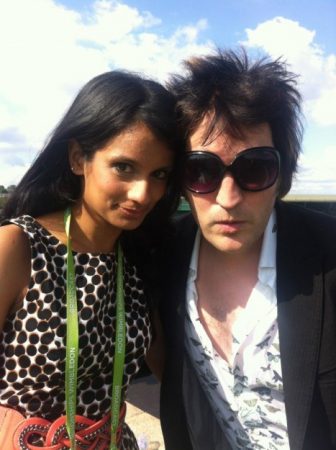 After interviewing comedian Noel Fielding at Wimbledon 2011, I saw him on the Wimbledon broadcast roof again this year. 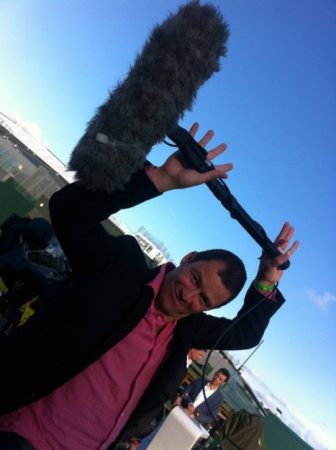 I interviewed actor Dominic West this year. He was a lovely guy and offered to be my sound man for the rest of of the day. 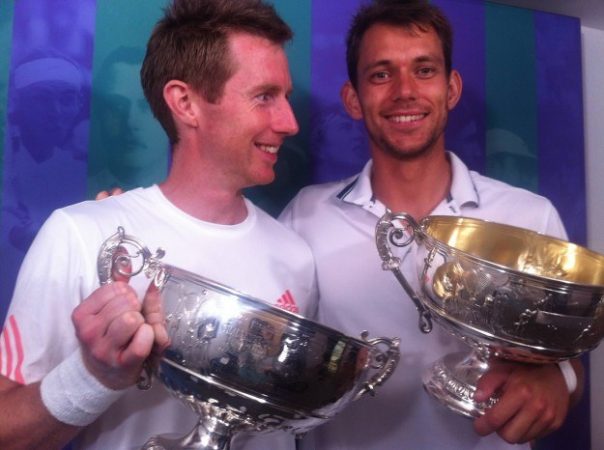 Jonathan Marray became the first Briton to win the Wimbledon men's doubles title for 76 years after victory with wildcard partner Frederik Nielsen. I interviewed them after their final. 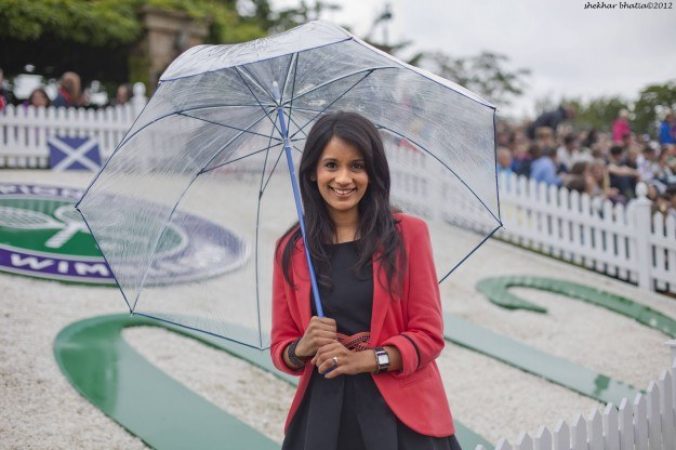 This photo was taken by journalist and photographer Shekhar Bhatia for a book that he's working on.